A declaration of independence for the Divorcée

French jewellery designer Gisele Ganne explains her Jewellery as “an evocation of death, mourning and divorce. Each piece tells a story which is inspired by Victorian mourning jewellery, old and ethnic customs, urban legends and historical events” a stark contrast to the joyful union that once befell the happy couple.I guess there is no better way to declare independence and announce separation with the removal of a once sacred, sentimental wedding ring and replacing something as dark and defiant as a piece of Divorce Jewellery. It has some synergy with the rise in popularity of The Right Hand Ring worn by single, professional women as a reward for ambition, a symbol of independence and good fortune in life. Whereby this type of Jewellery can in some ways be seen as a two finger salute to marriage and is promoted so by wearing on the ring finger.
Gisel’s DIVORCE ring is an 18ct goldplated electroformed bird skull with swarovski crystals set within its gnarled beak. It retails online from £850.00 at Boticca
Gisel explains that “Mourning is not just about dead people, it is also about dead relationships and decaying marriages” The Lotus blossom’s late this summer… Beautiful gemstone Jewellery..
Take a look at the making of a diamond ring…
Gisele goes on to explain “The materials used are mainly leather, sequins, foam, human hair and silver. I am interested in the symbolic and mythical function associated with the materials I use. Through the mixture of these materials combined with the celebrities or models that will wear them, I aim to create a sort of pop voodoo, or decadent curse. And by wearing this jewelry we can morn the death of the celebrity icons we love as they pass on in the coming years. In Victorian times, death provided an opportunity for people to display their anguish through various plumage and adornments. My intention is to come back to this spirit, to celebrate death and decay for the power that it holds over life. Imposing and visually heavy, my jewellery symbolize the weight of death and as a ‘ Memento Mori”, reminding us that we all must die.” Designer Profile..
Based in London, Gisele Ganne graduated from the Royal College of Art and have worked for several well known names such as Cacharel, Tatty Devine, Carolina Bucci and Stephen Webster.
Her collections have already featured in world wide press including Vogue, Elle, Wallpaper, I-D, Dazed&Confused… and has been seen on many celebrities such as Florence Welch, Lady Gaga, Ke$ha, Yasmin and Eve.
Featured rings available from http://boticca.com/giseleganne
or visit Gisel’s personal website http://www.giseleganne.com/ to view more of her amazing designs
Images courtesy of Gisele Ganne – All rights reserved.
Posted by Gisele Ganne at 02:28 No comments:

“Fashion is always accompanied by accessories of emotion and purpose “
Gisele Gianne is one of the most talented up and coming jewellers in London. Her pieces are formed with such passion, that they have an ability to create an intimacy between that of the wearer and viewer, then there is Emma Yeo who’s signature “Biomorphics” expresses a hybrid design philosophy through sophisticated hands on craftsmanship, to that of millinery.
Did you both know that you were always going to end up in the accessories field?
Gisele Ganne:To be a jeweller wasn’t a straight journey. I knew that I wanted to be a designer since I was 3 but to design what was harder to answer. I started art school at 18 with the idea to be a Walt Disney Cartoonist. After 3 years, I wanted to change for product design. Still not happy after 3 years of product design school, I applied to the Royal College of Art to do jewellery. The 2 years at the RCA were amazing and I really find myself as a jewellery designer and I absolutely love it!

Emma Yeo:I prefer to describe myself, as a designer who makes ‘headwear’ my background isn’t in Millinery, I studied textiles & jewellery. However ‘wearable objects’ have always fascinated me. The contemporary designers such as Philip Treacy drew my attention to millinery. Recently I have i become fascinated by the traditional craft.

Since graduating has your transition from student to self-employed Jeweller been smooth sailing or a struggle?
Gisele Ganne:I have been very lucky! Since I graduated. Things have been amazing! Press picked up on me at the degree show and since then it never stop! Don’t get me wrong; it is a lot of work! I
Never stop but it is worth it!
Lol! I wouldn’t say smooth, but I would say unexpected and enjoyable & have appreciated every opportunity that I have been offered.
The darker sides of life, such as death, divorce and heartache, influence your collections Gisele. Do you believe your aesthetic; To be that of finding the beauty within the sorrow?
I will quote ALEXANDER MCQUEEN (my idol btw) by saying: " It is important to look at death because it is a part of life. It is a sad thing, melancholic but romantic at the same time. It is the end of a cycle- everything has to end. The cycle of life is positive because it gives room for new things".

My favourite pieces from the amazing divorce rings, do you have a particular key piece or design that you love from your collections?
Gisele Ganne:My entire collection is. I put so much effort, work and emotion on each one. Each piece means a lot to me and are kind of a part of me.

Emma how would you describe your Aesthetic?
Emma Yeo:Contemporary, elegant & edgy, composed from a fusion of organic & architectural silhouettes.  The underlying drive to my designs is how I explore traditional craftsmanship & new technology to tailor unexpected wearable forms.

Do your own personal styles reflect that of your designs?
Gisele Ganne:My jewellery is definitely more extravagant than my style but I have to say that I design for myself first. I won’t launch a design if it is not something I would like to wear.
Undoubtedly there is a strong design style to my pieces, but I like to think each piece or collection I make appeals towards a different type of woman or characteristics that we each my chose to express.

Emma your pieces are being worn by the likes of lady gaga, whom else would you love to see in a hat?
Emma Yeo:That’s quite a hard question but I think at the moment I would most love to make a piece for Katie Middleton, & when I’m braver of course DAPHNE GUINNESS!

In terms of accessorising what do you believe will be the next big trend?
Gisele Ganne:That’s confidential!! See my new collection, which will be launched in couple of months!

Emma Yeo:With the Olympics coming up their will be plenty of opportunity to get more & more expressive with your headwear, I think big, bold & splash of humour!

What can we expect from you in 2012?
Gisele Ganne:A NEW COLLECTION, more press, celebrities wearing my jewellery and more stockists. I just hope to grow my brand and to be an internationally renowned jewellery and accessories business.

If you had to describe your newest collection via a piece of music, what would it be?
Gisele Ganne:The entire album of Florence Welch “CEREMONIALS”! Love it!!

Emma Yeo:Really hard, but I think perhaps the AW12 (couture collection) ‘solitary motion’ could be described by Spiegel, I’m Spiegel by Arvo Part.
Posted by Gisele Ganne at 06:46 No comments: 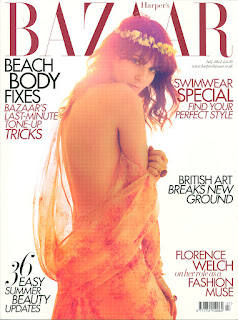 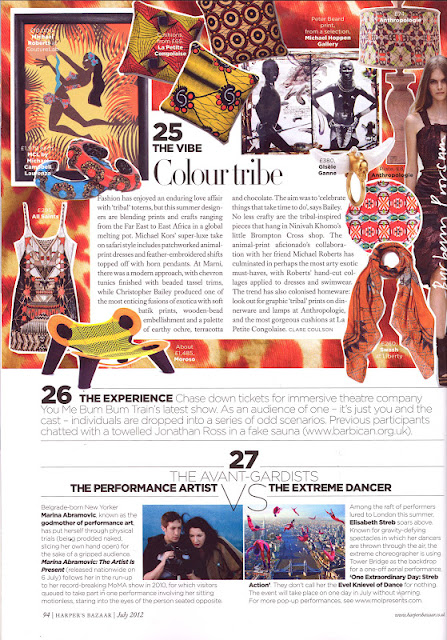 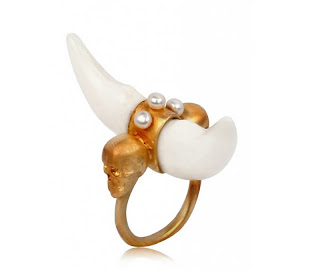 Posted by Gisele Ganne at 10:15 No comments: