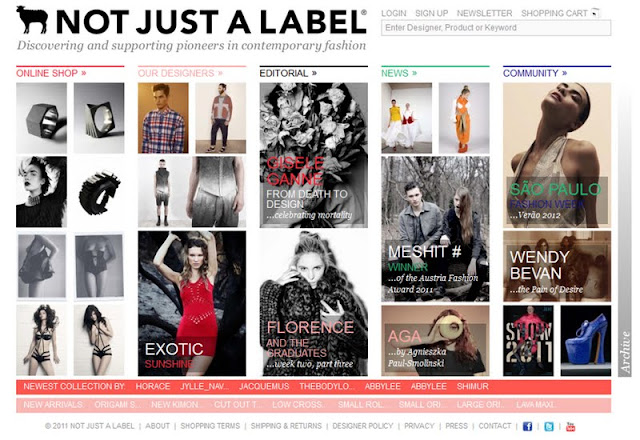 ...from death to design, a celebration of mortality

by Jemma Gray
Death and divorce are intriguing subjects. They are the dark themes that influence the work of Gisele Ganne, a French born jewellery designer, who has taken a shine to the macabre. I had anticipated that she would be dressed in black but was surprised by her optimism. Gisele was aware of her own mortality, admittedly more than most, but she had a profound respect for death that I found reassuring. Her take on the inevitable decay of life was refreshing and liberating.
Gisele was fascinated by death from an early age. She grew up on a farm and used to watch goats giving birth. A voyeuristic streak compelled her to watch, even when the labour ended badly. She remembers her parents trying to shield from the death or deformity of a prematurely born kid and her resistance to their efforts. As she got older Gisele toyed with the idea of working in a mortuary. Birth is celebrated as an extraordinary event. Gisele thinks of death similarly – a beautiful and intriguing phenomenon. She is as inquisitive about the passing of a life as much as most people are about the beginning of one. 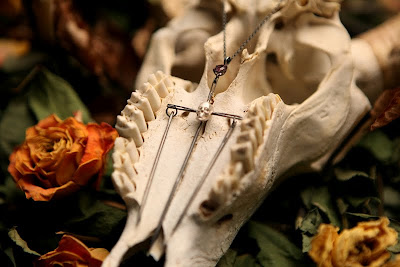 At the Royal College of Art Gisele stumbled across the Victorian tradition of wearing mourning or memorial jewellery to mark the death of a loved one. A fondness for antiques twinned with a curiosity about the past fuelled her interest in this practice. Gisele admired the concept that you could imbue an object with feelings and memories as a means of remembrance. So Gisele’s jewellery challenges the notion that beautiful things can only ever be celebratory: An individual’s jewellery box might tell tales of love and new beginnings but can also speak of loss and commemoration.
Her strict catholic upbringing doesn’t marry well with her musings on divorce. Christmas time, she says, ‘is sometimes an awkward event!’. Apparently her grandmother has learnt from experience not to inquire in too much detail about the meaning behind Gisele’s work. The designer is perplexed as to why divorce remains such a taboo; especially when it so prominent and common an occurrence that a marriage in the UK today is almost as likely to end in divorce as it is the death of a spouse. Her spin on divorce is as refreshing as her take on death: a new beginning in which someone should take full advantage of the freedom gifted to them by the split. I wondered at this point whether she is talking from experience. Apparently not – she is neither the product of a broken marriage, nor has she been divorced herself. She simply wants the wearer to make something positive out of their sadness. 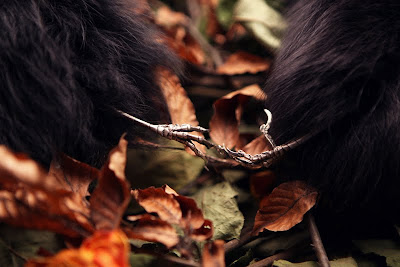 She recognises that fashion ‘speaks to a lot of people’ and appeals to a wide audience. Her pieces, like her, are dramatic: Skulls everywhere, a noose for a necklace, and knuckle dusters adorned with dead birds and dying roses. It was an old French custom to present brides with doves and roses for good luck. Gisele’s knuckle dusters subvert the sentiment. She uses mainly silver – ‘it is cheaper and more widely available,’ but likes the idea of experimenting with more unusual materials, like human hair. She is exploring the possibility of making pieces using the ashes of a loved one.
Her designs can be oversized but are always intricately detailed. She makes jewellery that she wants to wear and each time I meet her she has the same pieces on, her uniform. Black dress, mourning necklace, divorce ring (one of the first she ever made), alongside a vintage and oversized man’s watch. When asked what she hates to be without, without a second’s hesitation; ‘My red lipstick.’ I can imagine wearing the pieces would be empowering and comforting - they are armour for the body and have a protective quality to them. Yet what I think is beautiful about them is that they are so nimbly decorated, they have balance, there is vulnerability in their delicacy.
‘My jewellery is very beautiful on the exterior, but when you understand the symbolic you realise the hidden depths that can be dark.’ Tim Burton is a huge inspiration and influence. “I am incredibly excited about Alice in Wonderland, not least because I am designing a piece for one of the actresses for the premier, I would love nothing more than to go to that!’
Her other inspirations derive from old screen sirens, sexual and powerful. I notice a shelf above her workspace cluttered with objects that she has collected. Alongside vintage lingerie outer packaging lie some hand cuffs and a statue of a black crow. Crows have been used by painters to symbolise death since Van Gogh. As I flick through the many pages in her sketchbook I notice that next to the quirky images of a toe with a name tag on it in the mortuary, there are also more distressing images of suicide and self harm. ‘I think that sometimes it is easier to create my pieces from the most shocking themes in life,’ she says. Making the pieces forces her audience to consider what we are afraid of and why. And if that fear is justified.
I am intrigued to know what happens when Gisele’s pieces are worn out of context, when a divorce ring is bought as an engagement ring for example. ‘Ha this has happened’ she says, ‘I explain the concept to the buyer, but usually they love the piece so much that they do not mind, they are buying it for the aesthetics, and though I would prefer it to be worn in context, I appreciate that this too is a piece to mark an event, and I would prefer this to someone purchasing it as a fashion choice.’ She uses the term mourning interchangeably; ‘Divorce is about mourning your marriage, and when you wear my pieces you should feel stronger and empowered to move onto the next stage of your life and ready to emerge as a new being in the world, no longer part of another.’ Gisele is a motivated person, she works full time near Bond Street, designing for another jewellery maker and in the evenings and on weekends she makes her own pieces in the studio she rents. She is eager to become a renowned designer and this is what drives her. She wants to be recognised for her work and is passionate about her jewellery being worn for all the right reasons. Fashion doesn’t suffice. 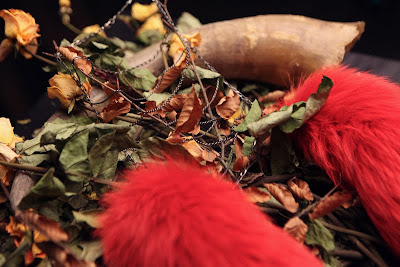 She has her jewellery in stores in Hong Kong as well as London. While she thinks that fashion moves too fast, luckily for her, jewellery doesn’t move at such a frantic pace. The speed of the collections means that you can ‘lose the concept in favour of the aesthetics’ - research can get foreshortened. Some of her pieces are handmade one-offs whilst others lend themselves to being produced on a more commercial basis. Although attracted to historical symbolism, she is also interested in creating new customs and traditions. She is not seeking to romanticize divorce - it is more about seeing this disunion from a different perspective. Time can alter the memory of a loved one and her jewellery, in its simplest form, seeks to remind us of them but also enable us to continue without them, whether we are separated from them by death or by design. 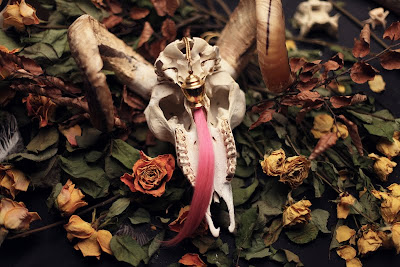 NOTJUSTALABEL.COM
Posted by Gisele Ganne at 04:42